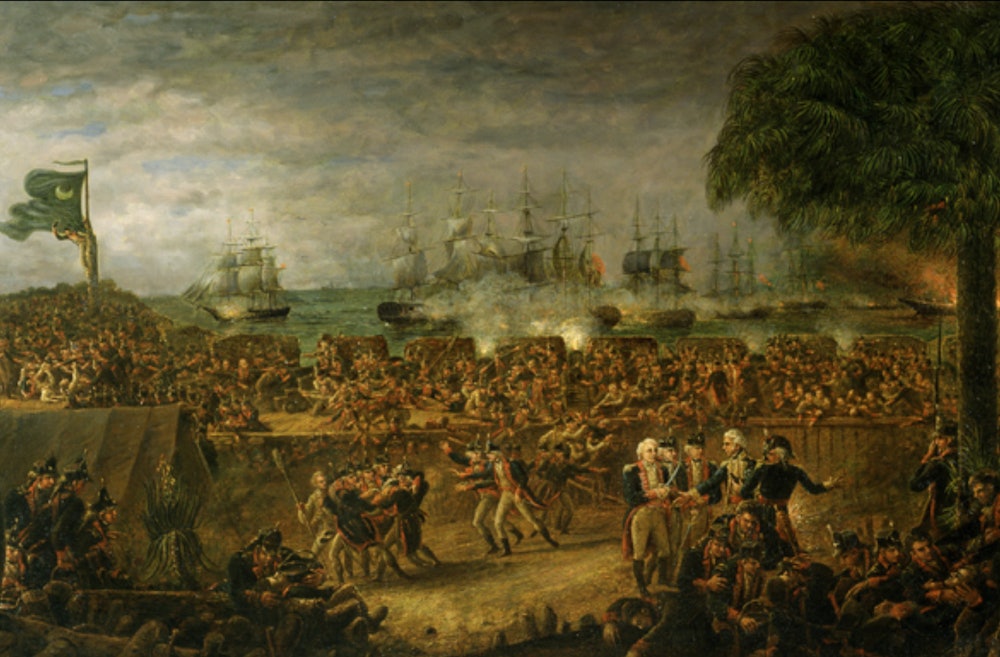 The Battle of Sullivan’s Island, fought near the site of today’s Fort Moultrie in June 1776, was the first significant Patriot victory of the Revolutionary War. America’s defeat of the elite and powerful British Navy shocked the world. A miscalculation by British Commodore Sir Peter Parker and the surprising resilience of the Patriots’ still-unfinished palmetto-tree fort both worked in the Patriots’ favor and saved the port of Charleston from invasion — at least temporarily.